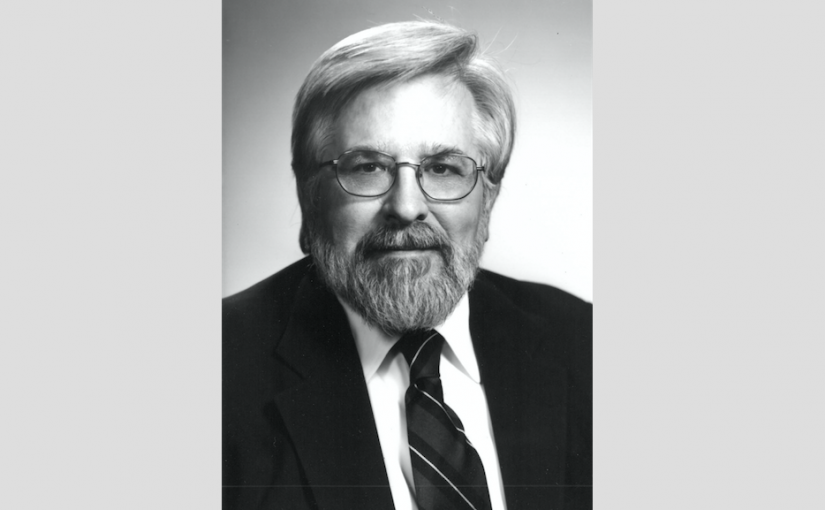 Please join us for a memorial service to celebrate the life of Austin Ritterspach on Saturday, October 1, 2022 at 2:00 pm (visitation at 1:30 pm) at Oak Grove. We will gather together to remember our wonderful friend who will be greatly missed. Please note this service will not be livestreamed.

Following this service, you are invited to join the family and friends in Gideon Pond Hall for light refreshments (no food) and continuing conversation around the table.

KN95 masks are required, and some will be available.

Dr. Austin David Ritterspach, 82, passed from the Earth on October 12, 2020, from a heart attack due to covid. He was kind, honorable, funny, brave, a deep thinker, imbued with quiet strength; lover of education, human rights, opera, and nature. He was a devoted family man and blessed his wife and daughters with his unconditional love and protection. Austin was a gentleman; he was humble, personally conservative, socially progressive, and respectful of differing perspectives. He enriched many, many lives and will live forever in our hearts.

Born in Illinois to a loving, vibrant, and principled family, Austin enjoyed an active and happy childhood. As the oldest of the three siblings, he led the way. He was active in the Methodist Church and its youth fellowship. He played baritone in the band, ran cross country, and was a member of DeMolay and Scouts. Austin went on to attend Indiana University where he met his beloved wife, Norma. He and Norma went to New York City for their master’s degrees during which time they married. Austin earned a Master of Divinity at Union Theological Seminary; Norma earned a Master of Social Work at Columbia University. He chose to pursue deeper scholarship and earned a Ph.D. in Old Testament and Near Eastern Languages at the Graduate Theological Union/Berkeley.

Austin and Norma raised their family in Lancaster County, Pa. and lived their married life with many shared passions. Central to this was their lifelong study and discussion of the Bible as a book of faith, history, and literature; and participation in organizations that offered the best of Christianity to individuals and community.

An Old Testament scholar with a passion for archaeology and Israel, Austin was a popular and respected professor (tenured and adjunct) at a total of four colleges and universities in Pennsylvania and Indiana. He did not teach from his personal faith, he centered on careful, open minded and fact-based education with the steady hand of an historian. He and his family enjoyed two sabbaticals in Jerusalem and at Oxford University.

Early in his career over a period of many summers, he worked and/or supervised at four archaeological digs in Israel, mostly in Acco. He brought groups of students to work on the digs and then led them in tour through Israel and neighboring countries He saw a benefit in exposing people to the historical truth of the shared community and interconnections of Christianity and Judaism. Austin was deeply disturbed by anti-Semitism and other results of division between these two groups. He sought to dispel misinterpretations and unfounded prejudices where they existed because he believed in the power of knowledge and peace. He was a quiet advocate of truth, never seeking to control or demand; yet devoted he was and successful indeed.

Austin headed the adult education department and/or taught adult classes at various churches, including New York’s Riverside Church, alongside Rev William Sloane Coffin, Jr., and North United Methodist Church in Indianapolis. He had a career in business, working for many years as a stockbroker with Charles Schwab, where Austin was honored for his work for greater racial diversity in staffing at a time when this was only newly embraced in company culture.

Austin and Norma played and loved music, shared a gift of eloquence in language, and bantered with a mutual zest for humor. They lived from their values and lived many adventures, leading each other into realms they may not have traveled alone. Believing that all people are equal, they supported the civil rights movement from protests to the campus. When Three Mile Island had its nuclear accident, they joined a small but effective group of residents and scientists to raise awareness of environmental hazards and to combat efforts to cover-up the damage. They were involved in many organizations as members and in leadership such as The Literary Society, Indy Jazz, The American Pianist Association, The Wesleyan Society, Society of Biblical Literature, American Society of Oriental Research and more.

In recent years Austin’s Parkinson’s disease began to affect his ability to work and they moved to be closer to their daughters. After a fall and subsequent brain injury his care became quite complex both medically and financially. Norma was by his side every day, all day. When his care needs increased, she moved to live in his senior community so that she was only a hallway away. Thereby giving him the gift and comfort of their married life through all stages of his illness. Over these years, many medical providers commented that their charm and devotion as a couple were unique and so very touching to witness.

Though their small family faced seemingly insurmountable challenges over these years they stood together wrapping themselves within love. Active love. What Austin had demonstrated throughout his life surrounded him: the power of brave full hearts and a dedication to enact goodness. Austin is a light in this world which will never be dimmed.

“Take your courage in hand, honey”

Preceded in death by his parents Blair and Alice Jane Ritterspach; brother in laws Bob Cathcart and Jack Ursu. Austin is survived by his wife Norma Sullivan Ritterspach; daughters Anne Ritterspach and Sharon Blaire Ritterspach; brother Ken Ritterspach (Janette); sister Janice Cathcart (Bob); sister in law Carolyn Ursu(Jack), brother in law Keith Sullivan(Karen); cousins Judy Brothers (Buck) and Jeanette Tsakistos (Michael); and many nieces and nephews, and great-nieces and great-nephews. In lieu of flowers, the family would welcome donations to the Society of Biblical Literature in honor of Dr. Austin Ritterspach at: https://www.sbl-site.org/membership/donatenow.aspx.

The Celebration of Life service will be held on Saturday, Oct. 1, at 2 pm at Oak Grove Presbyterian Church, with visitation 30 minutes prior to the service. Reception with open mic to follow. KN95 masks are required, and some will be available.

To contact the family or send your loving, serious or humorous remembrances of Austin please email sassyysoul@yahoo.com.